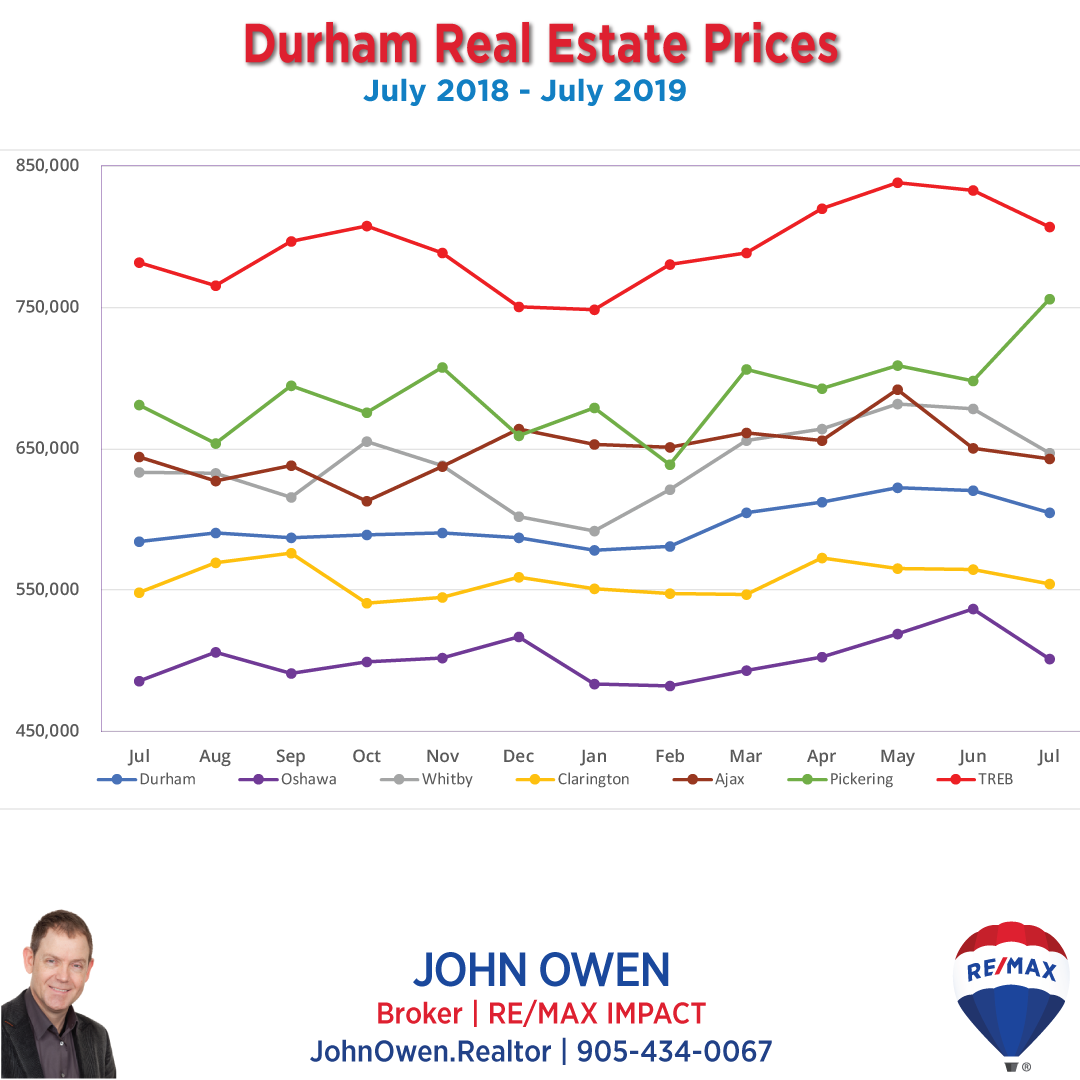 As the summer real estate market hit its mid-point in Durham Region, we saw a continued level of buyer activity that traditionally tapers well off after the spring peak. Although volume levels did drop from June, as is typical in the seasonal cycle, they were well up year-over-year.

Pricing was down monthly, consistent with the normal seasonal pattern, but not in all areas. We saw annual increases in virtually all areas of Durham.

The GTA overall showed a similar pattern of dips in price and volume from June. Not to say things are slowing, as both volume and prices are up on an annual basis.

There has been price pressure on detached homes, as the mortgage stress test continues to take its toll on buyer qualifications on higher-priced properties. As a result, we saw prices of townhomes increasing due to affordability and demand for family properties. Condos were down in price in most areas.

Average prices for all of TREB were 806,755 as shown in the above chart (red line). The seasonal winter and summer dips are clearly visible in the TREB price line (though the spring jump hit earlier than normal).

Durham Region (blue line) prices showed a yearly increase, though with much less seasonal volatility than the TREB numbers showed in the seasonal trends.

The overall TREB market had a 8.7% drop in active listings from June.

The time a property takes to sell is called DOM or days on market. It was 23 in July, showing a very good pace to sales, especially for summer. This figure tends to increase after the spring market before dropping again in the fall.

Another indicator of demand is sale price compared to list price. It was 98% in Durham in July, again showing high levels of buyer demand. 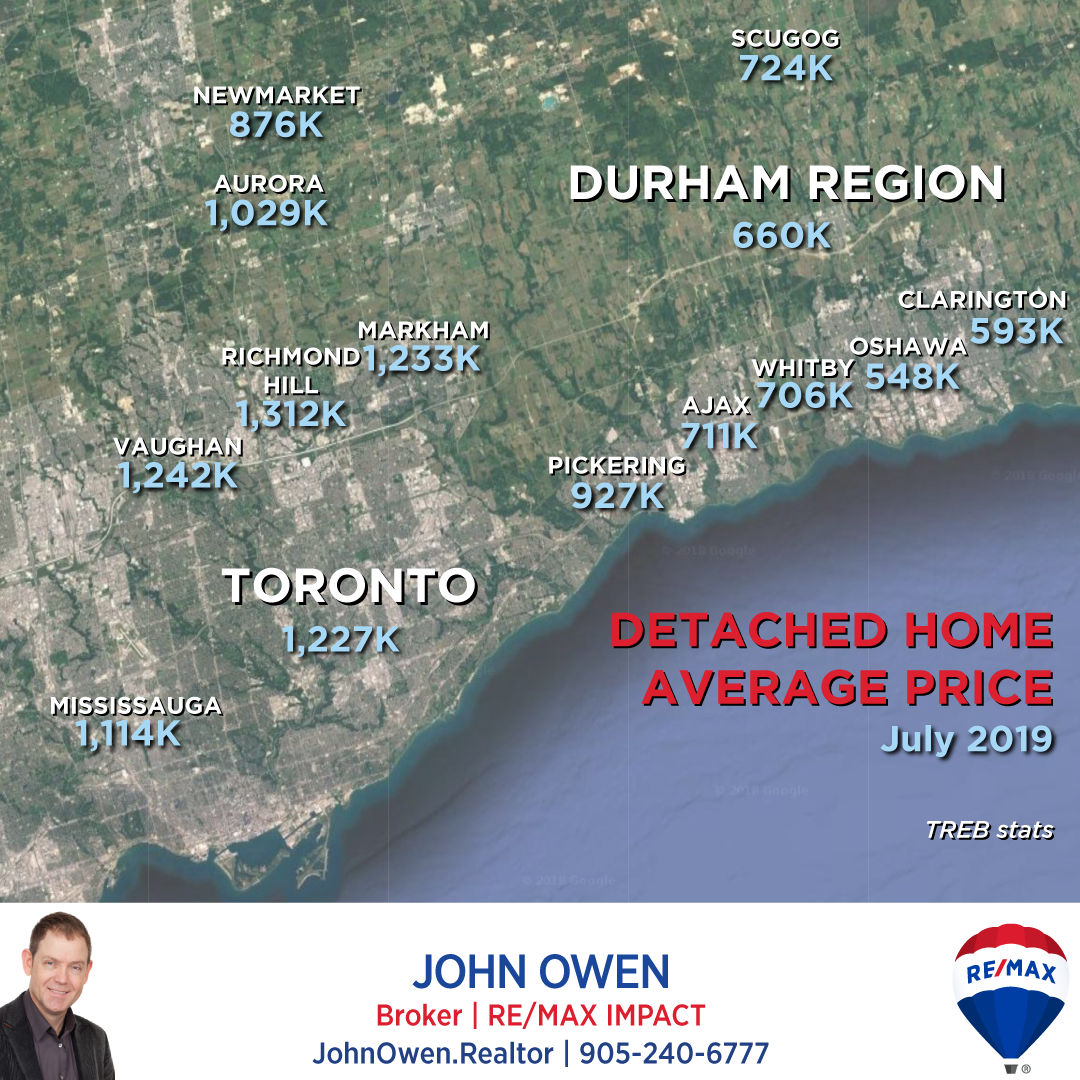 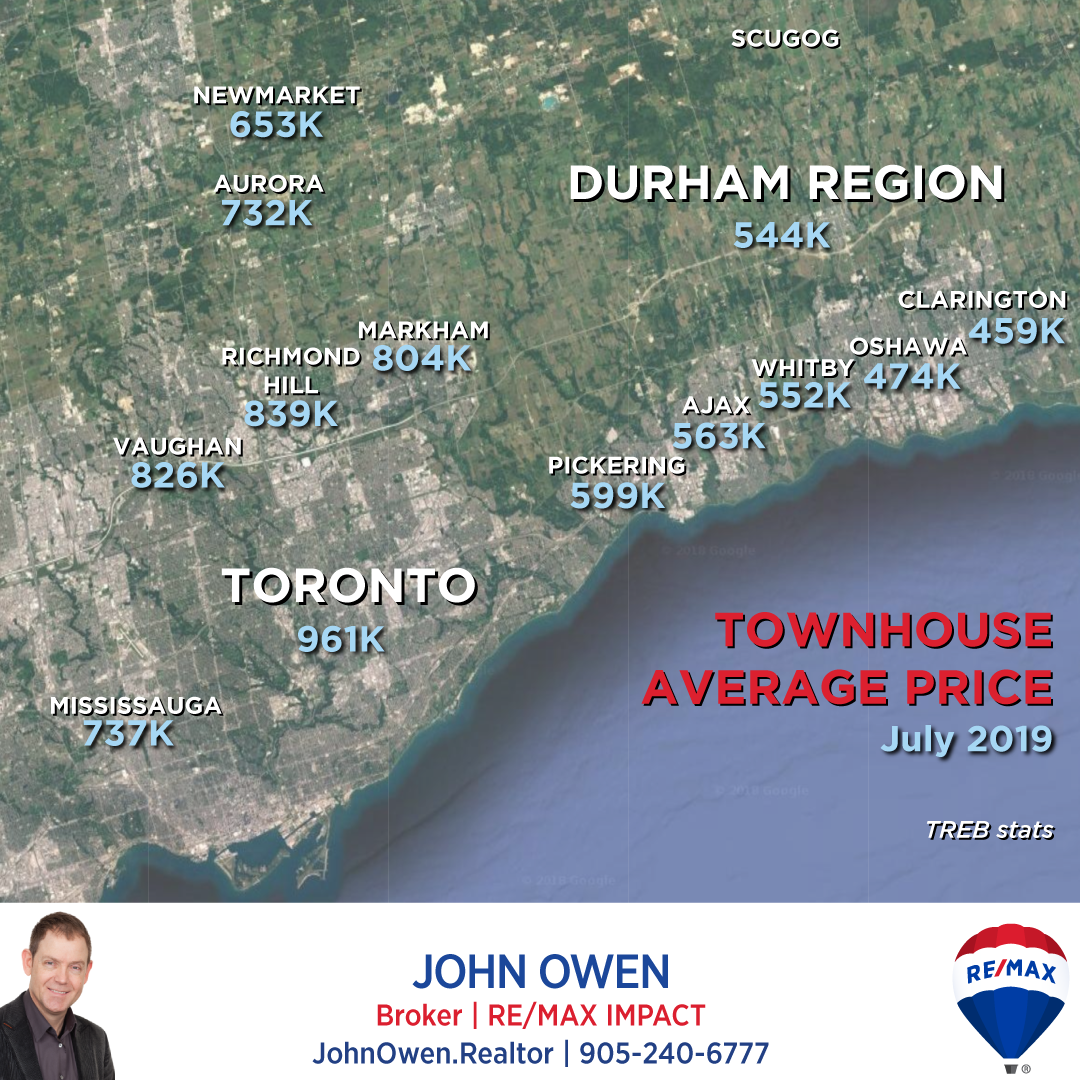 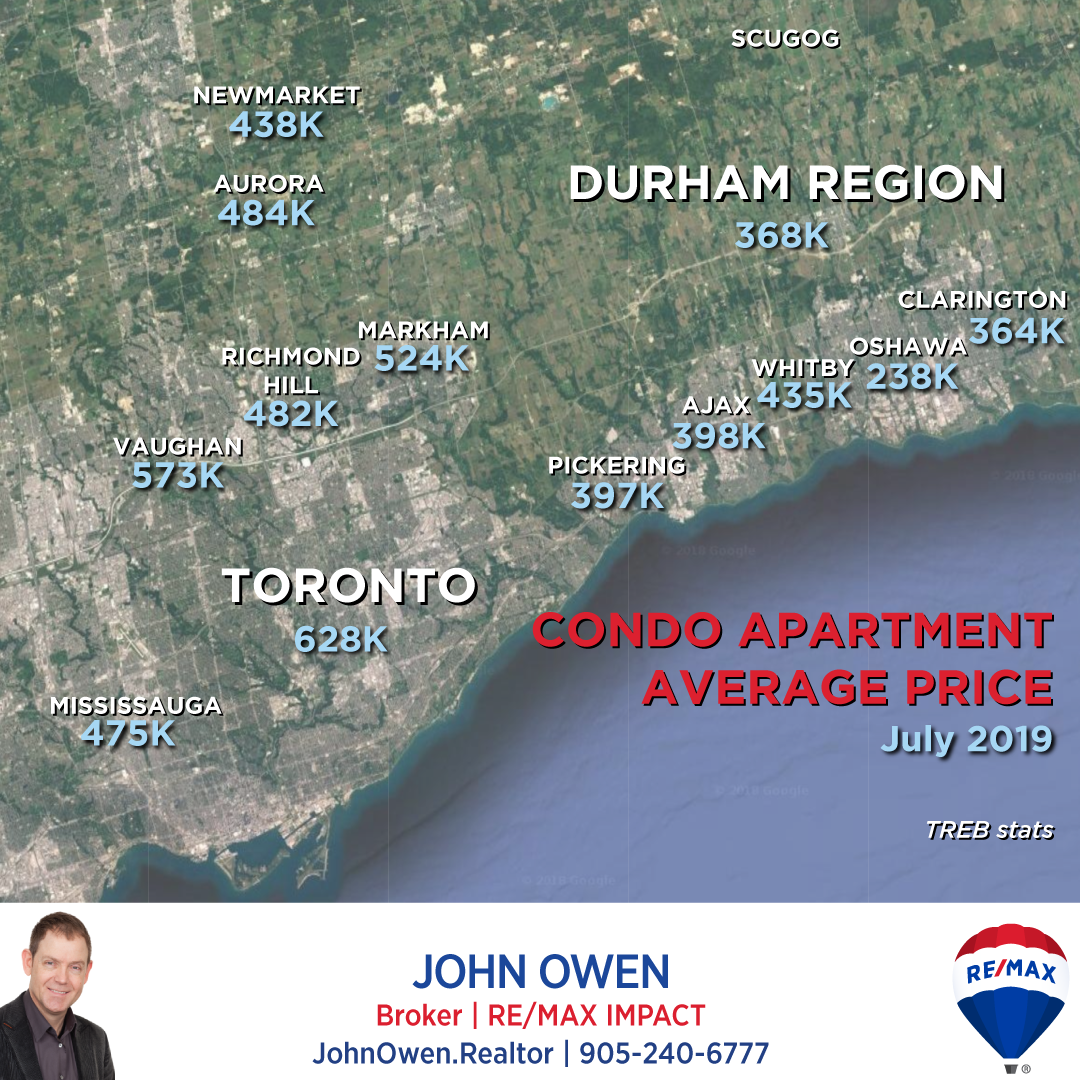 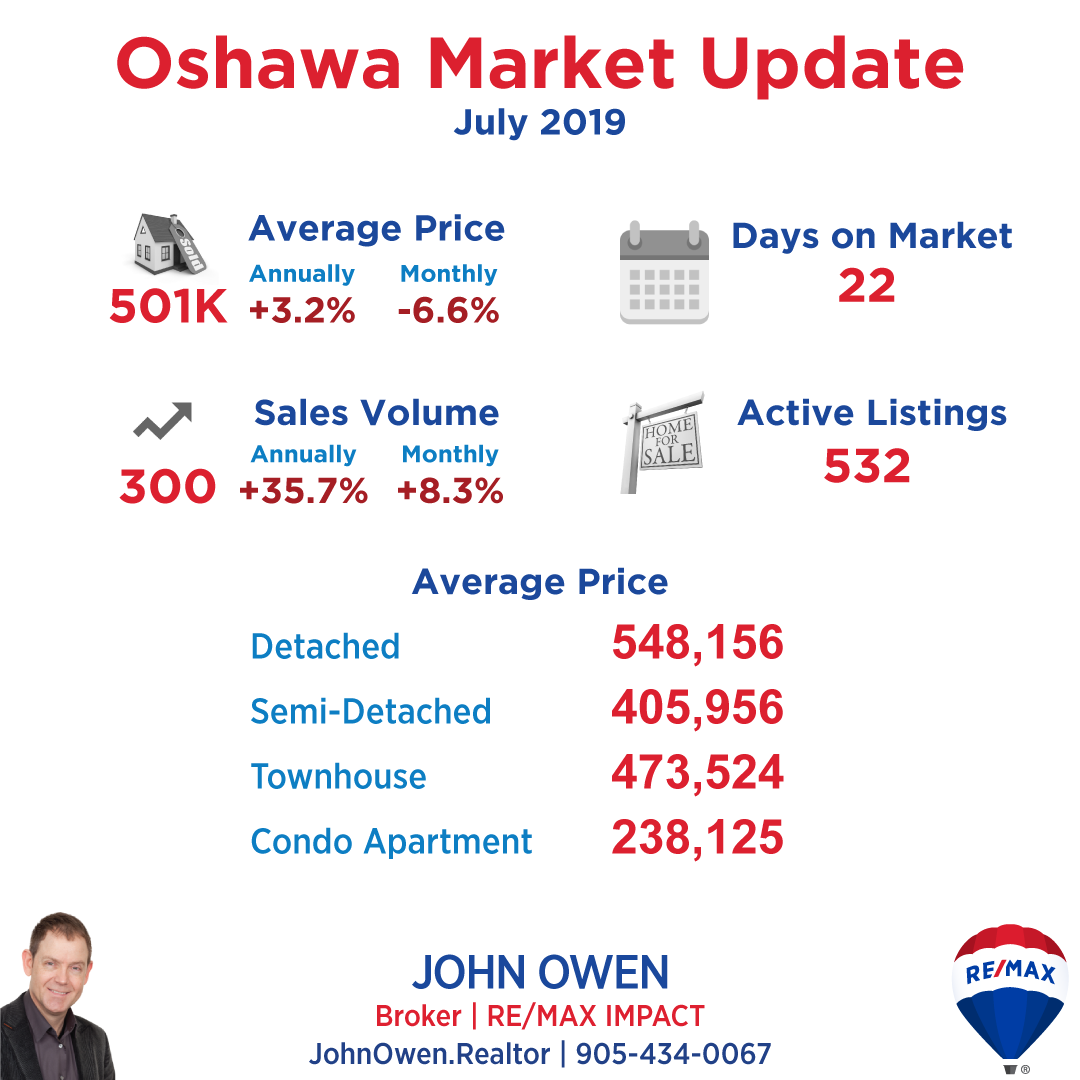 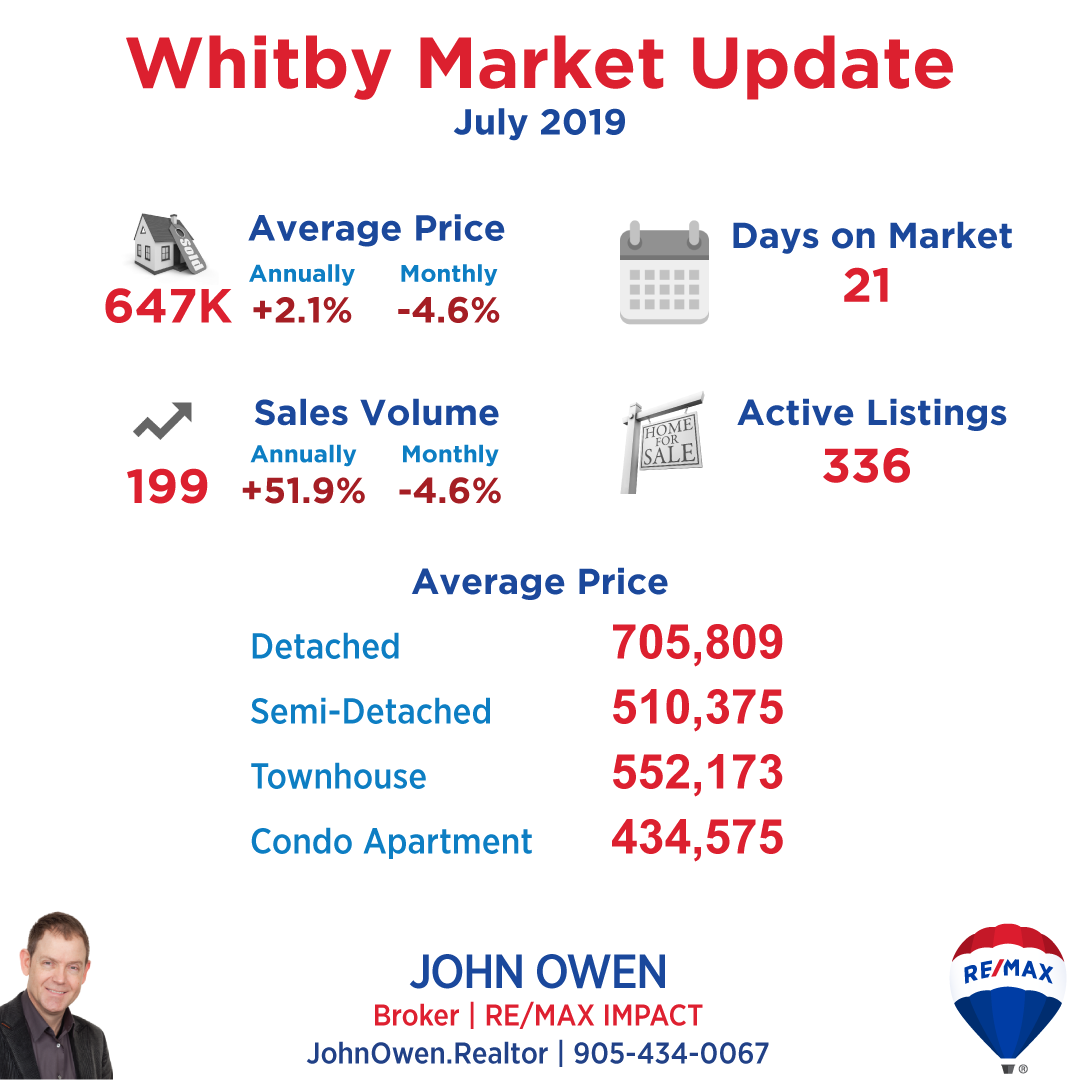 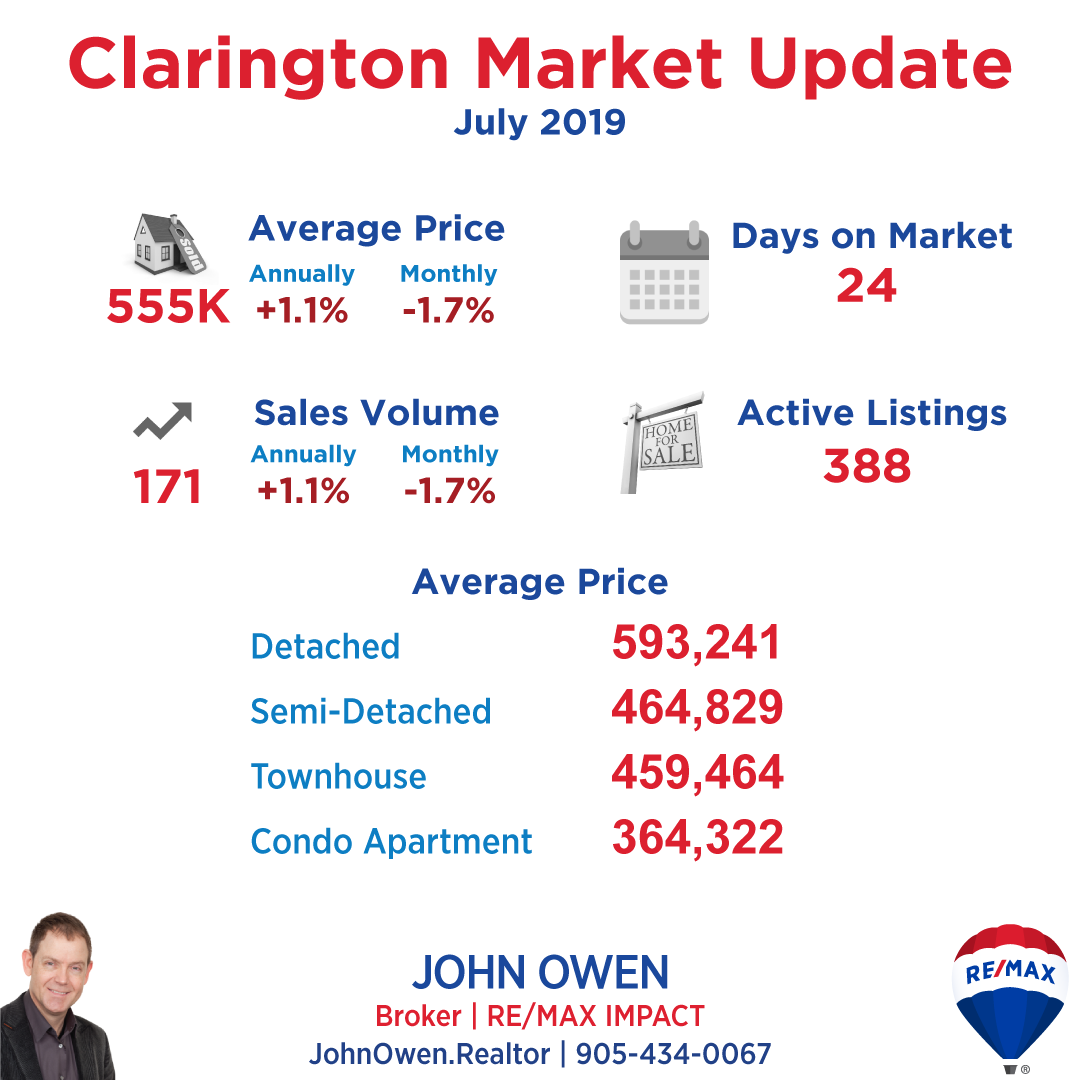 This is a good opportunity for buyers looking for a detached home who may have missed out earlier in the spring, as prices on these homes have dropped. Given the pace of the local market, things may head back upward again soon, unless new listings continue to keep pace with sales. 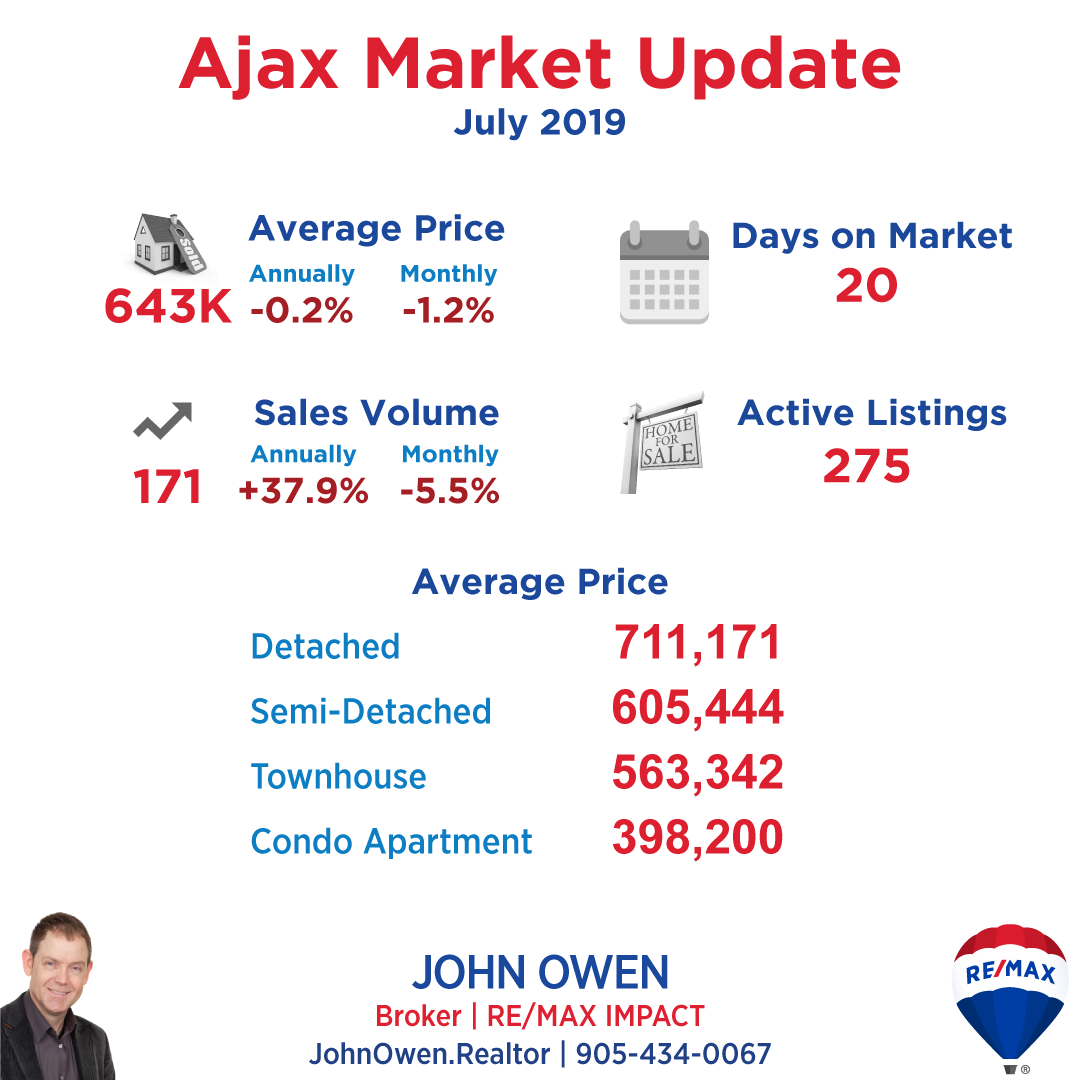 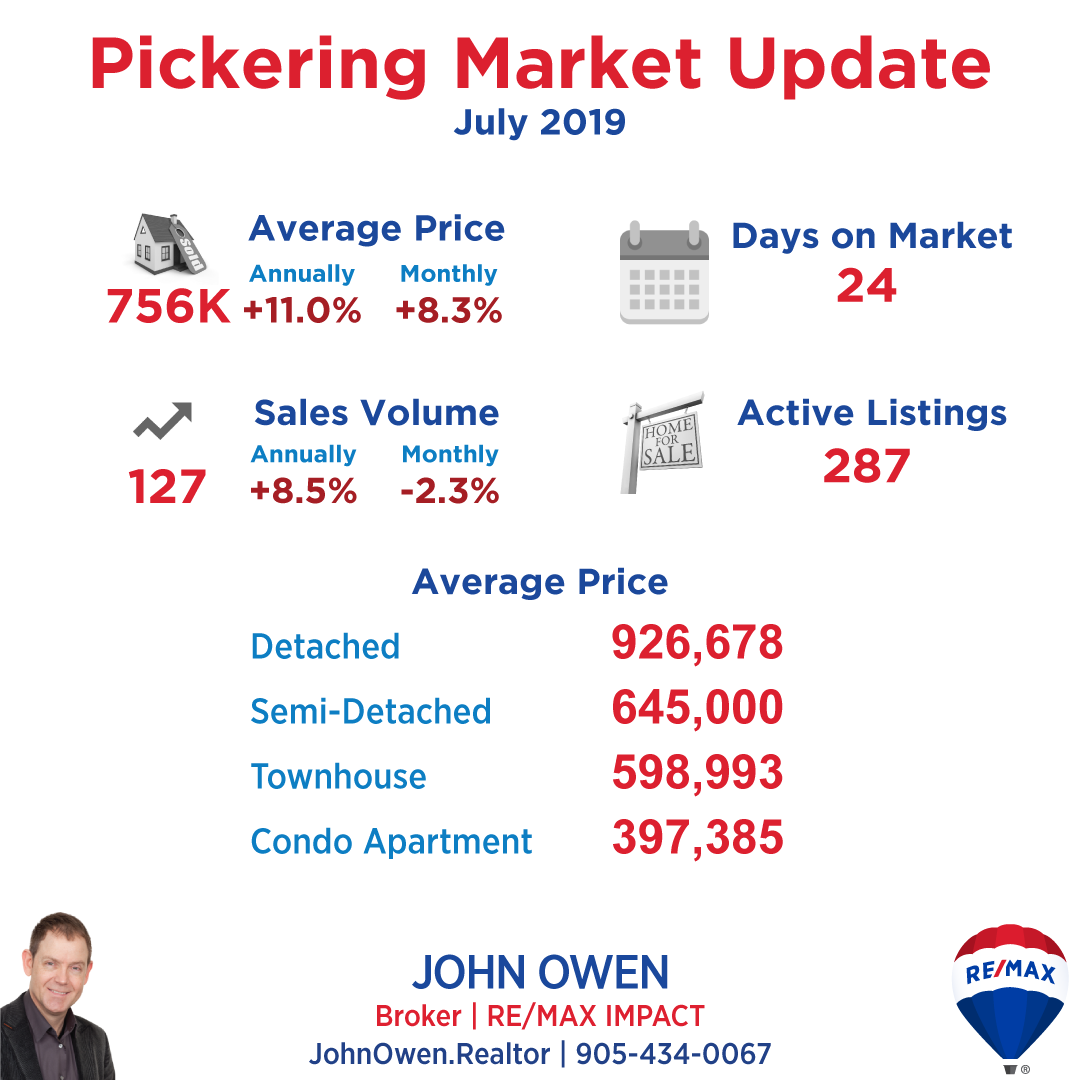