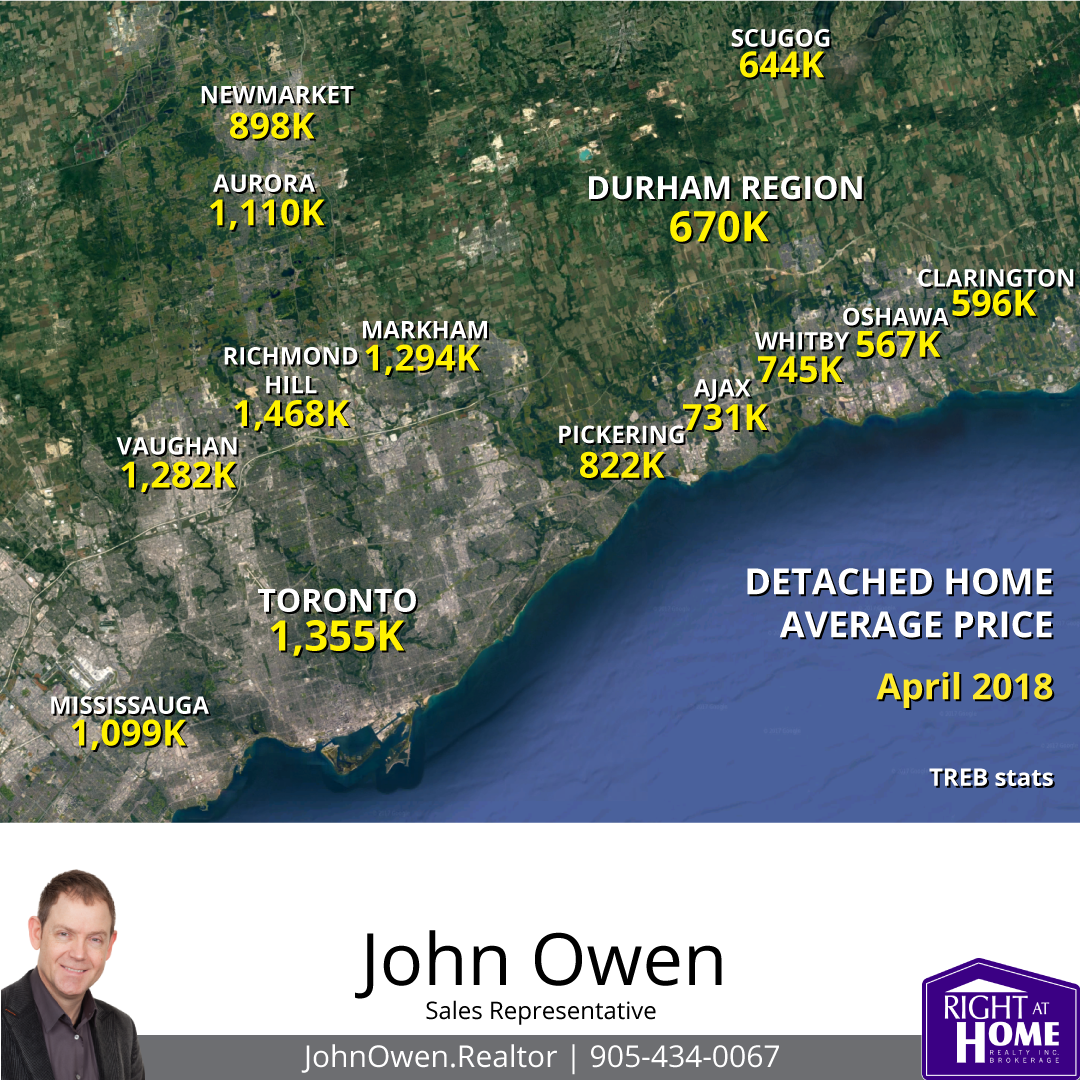 Durham Region's real estate market is blooming at a faster pace than the flowers but, given the miserable weather we had, that's not all too surprising.

Prices are trending upward over March, and there is more inventory for buyers in a stark contrast from last year's craziness where scant inventory led to frenzied bidding wars across the region.

Durham Region prices dropped 13.2% compared to April of 2017, but they increased 1.9% over March 2018 levels. Making comparisons to last year isn't reflective of a typical sales cycle, however, as prices, volume and days on market were all well off norms through the end of spring last year. 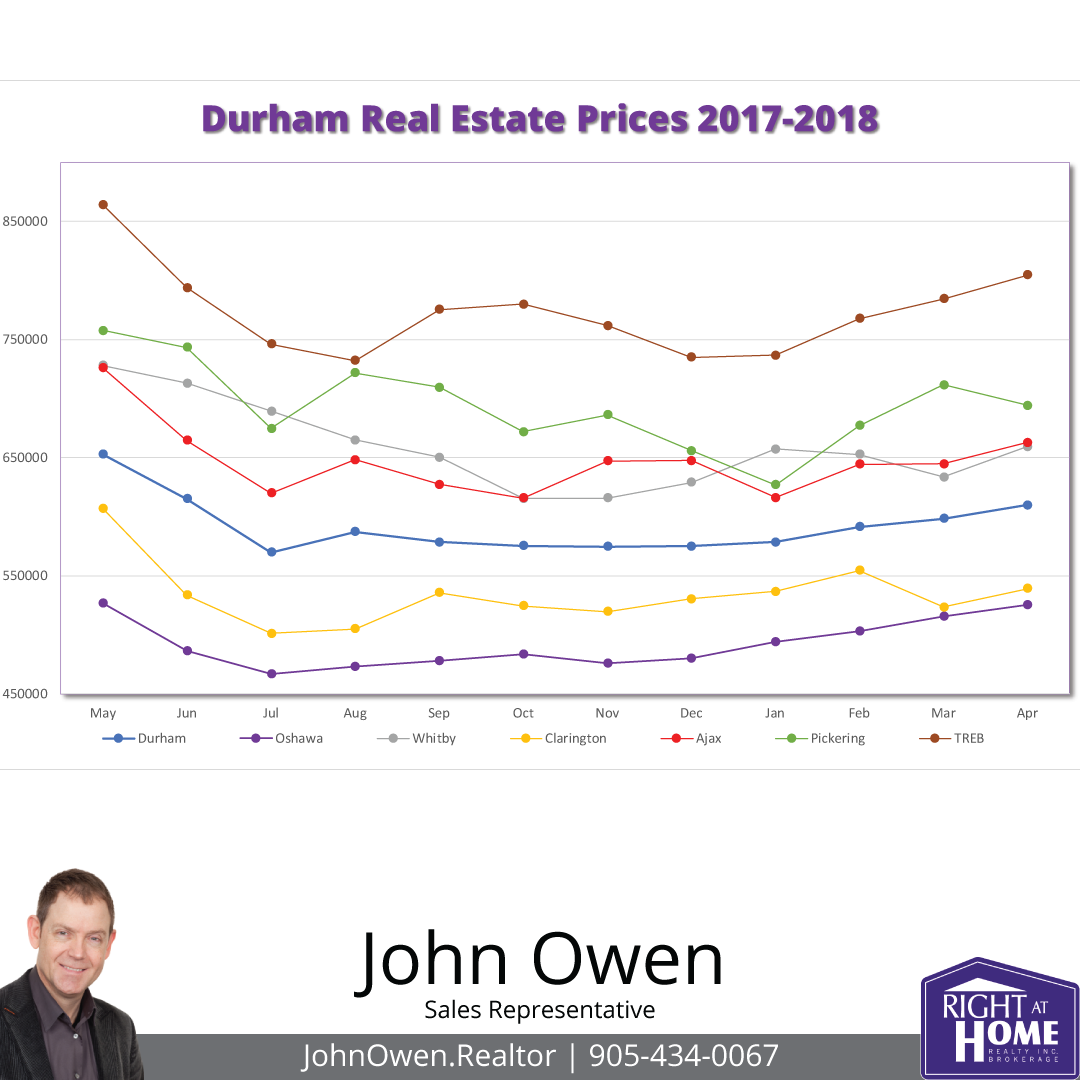 Active listings within the board increased 40.8%, which shows a shift in market fundamentals. The jump in inventory is helping to make the market more balanced - more inventory means less bidding wars as supply rises.

In Durham, the increase was 62% with 1915 active listings over just 1182 last year. This helps to explain why prices dropped from last year's levels. 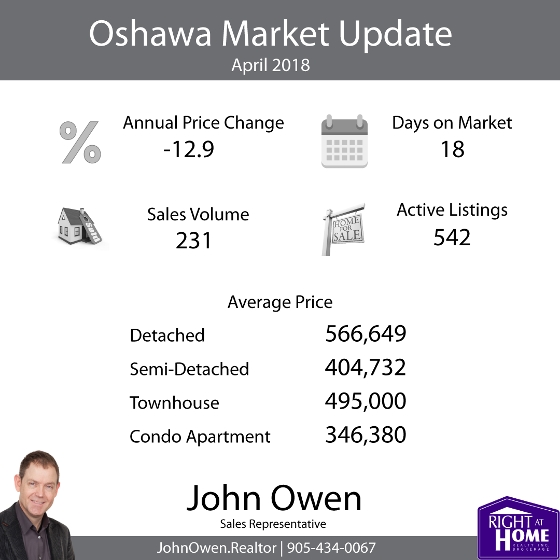 The MLS Home Price Index helps to normalize the statistics, by adjusting sales statistics to represent typical homes within MLS areas.  When using these numbers, Oshawa showed a composite annual drop of 7.1%, compared to the TREB average of -5.15%. 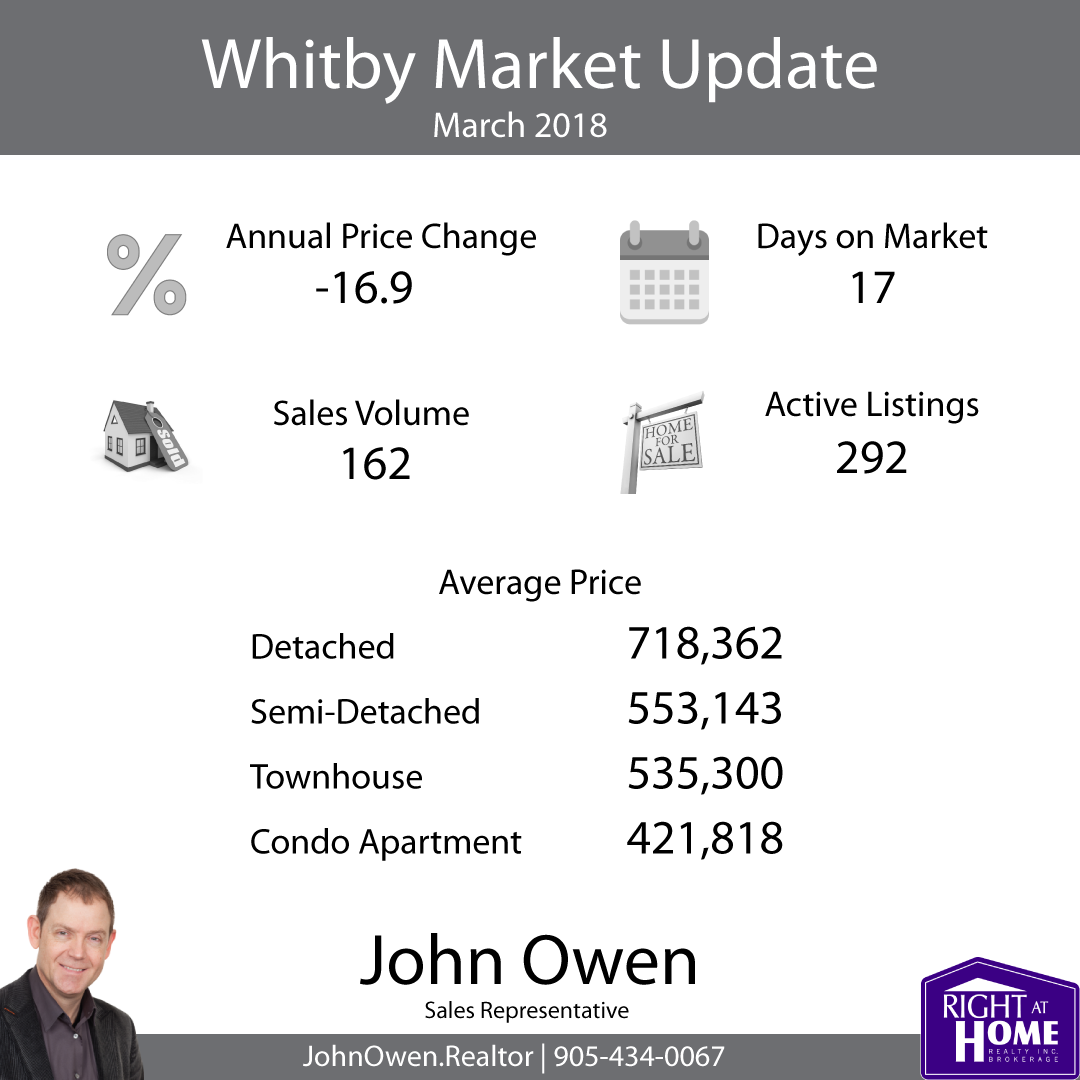 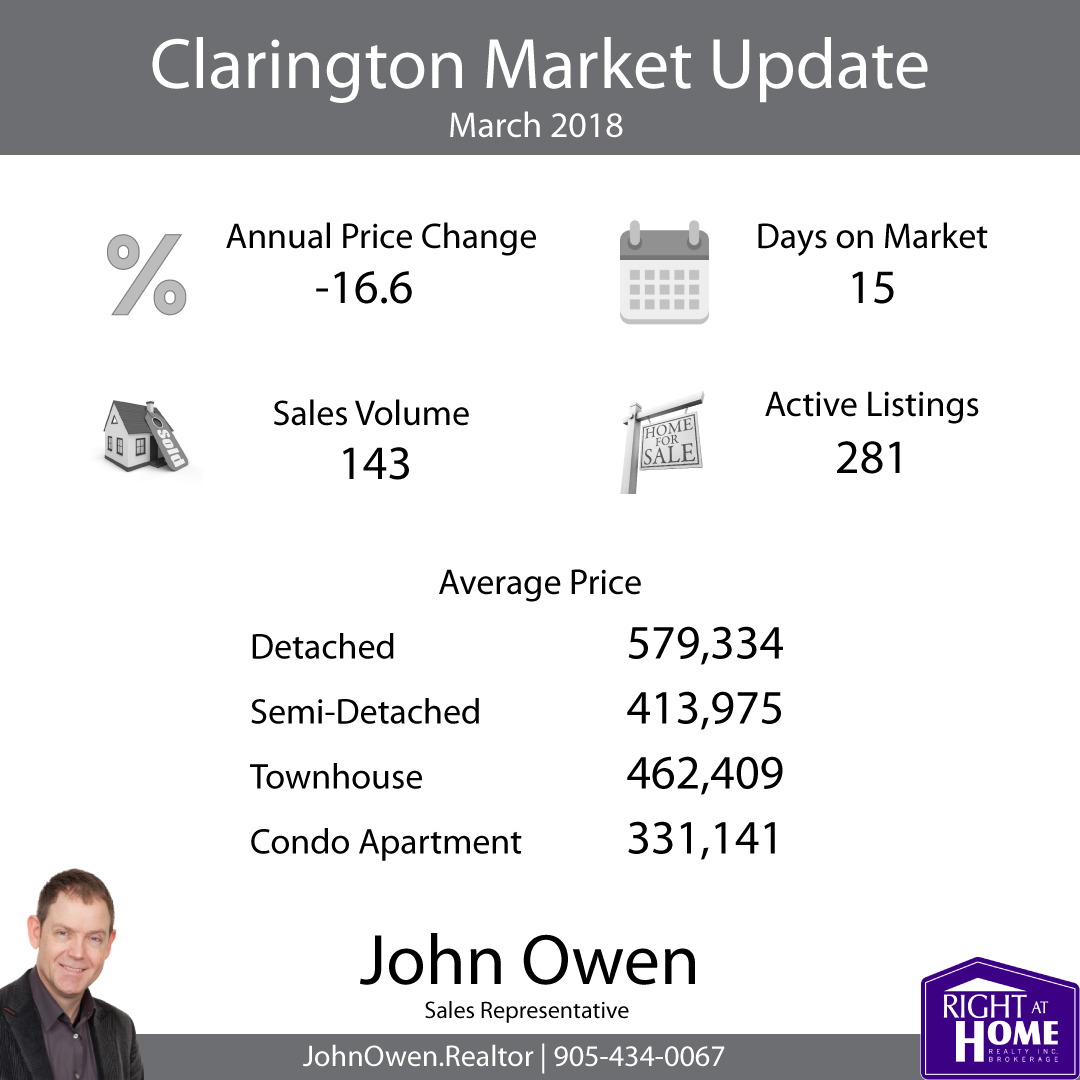 Inventory levels continue at moderate levels with 2.5 months of inventory on hand across the board.  This means that a current sales levels, all of the property would be bought up in the GTA in 2.5 months (if no new listings were added). In Durham, there is 2.2 months inventory.

The average listing in Durham spent 20 days on the market. The TREB average was 20 days.