Development Charges - Much lower in Toronto than Durham Region 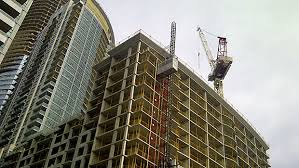 There has been much discussion in the media recently regarding a proposed increase in development charges for the City of Toronto, and the impact of the increase on potential home and condo buyers in the city.

There has been little coverage, however, on how these charges compare to areas immediately outside of the city, in the GTA. Development charges are fees collected from property developers (builders) by a municipal or regional government when a building permit is issued.

They are typically incorporated into the selling price of new homes, though some builders may have the buyer pay the charges separately.  In the GTA, there are two different scenarios, as the City of Toronto has no regional municipal government.  It is, therefore, single-tier.  The other municipalities in the GTA have two tiers - the municipality itself, and the region.  In Durham Region, for example, the City of Oshawa and Region of Durham both collect development fees.

If Toronto were to double it's charges, it would be in line with the charges developers already face in Durham Region. Let's not even get started on municipal taxes.  That will need it's own article!  What do you think about the issue?