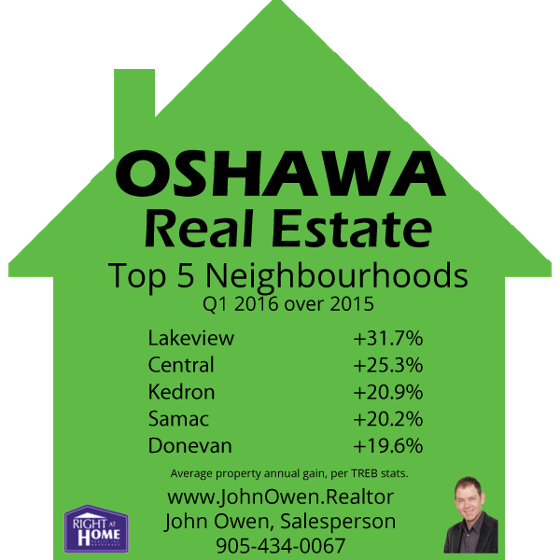 Just about everyone knows that the real estate market has been strong lately. You may be surprised, however, that some neighbourhoods in Oshawa have much better results than others.  The following statistics are from the first quarter of 2016 (January through March) as compared to the same period in 2015 for all residential home types.

Sales statistics are provided quarterly for neighbourhoods by the Toronto Real Estate Board, which hosts MLS sales data for Durham Region.  The information provided here is for residential properties, in the first quarter (January through March) of 2016 as compared to the same period of 2015. Areas not reflected above did not have enough volume in one of the sales periods to provide a good comparison. 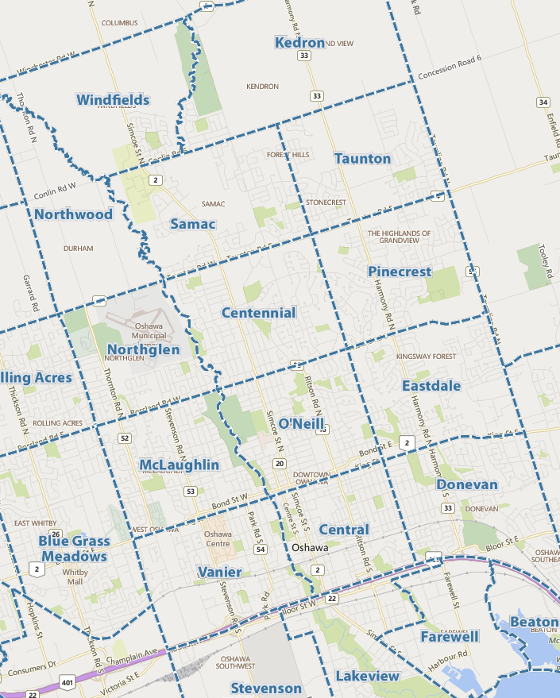