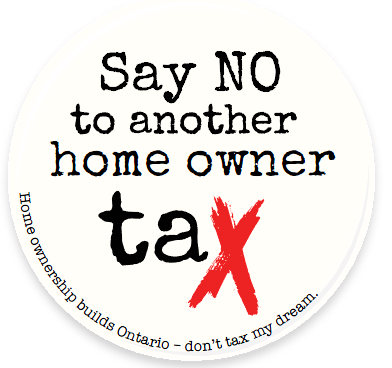 In a surprise announcement this morning, Ontario Municipal Affairs Minister Ted McMeekin said that there will be no extension of a land transfer tax to any municipality beyond Toronto.

The Ontario Real Estate Association had been lobbying since the Wynne government announced earlier this year that they were considering changes to the Ontario Municipal Act that would allow municipalities the option of implementing a land transfer tax (MLTT or Municipal Land Transfer Tax) that would virtually double the current Provincial tax on home purchases.

Oshawa was one of the cities that had explored the tax, with a special council meeting held on October 29, during which proposed changes to the Ontario Municipal Act (including the MLTT) were discussed.  Part of the discussion involved a report detailing the city's response to proposed changes to the Act (Report CM-15-22), in which the Interim City Manager Beverly Hendry recommeded that Council endorse the proposed MLTT.

This is fantastic news for both homeowners and homebuyers, as the proposed tax would have had a severe impact on closing costs for home purchasers. This would have further reduced the affordability of homes for first time buyers, and would have negatively impacted the competitiveness of those communities that implemented the tax.