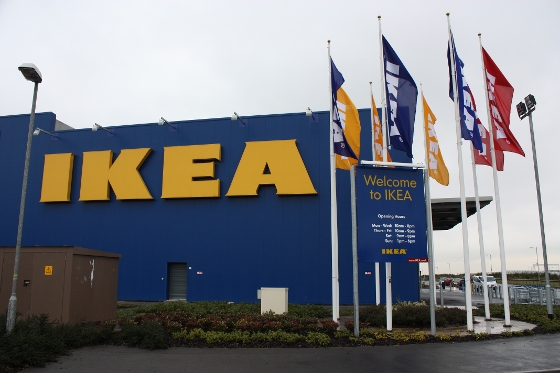 IKEA will be opening a Pick up and Order Point at 1650 Victoria Street East in Whitby, according to an announcement made by company president Stefan Sjöstrand today in Whitby.  This location is in the shopping centre that currently hosts a number of other stores, including Winners and Petsmart.

Similar stores are slated for St. Catharines, London and Quebec City.  The location will employ 30 to 35 people.

Customers will be able to place orders and pick them up, but won't get the full shopping experience without travelling to one of their full stores in the area.  There will, however, be design services at the location, as well as a home furnishing inspiration area.

IKEA Canada has scheduled a news conference for Monday, October 5 at 11:30, at the Centennial Building in Whitby, according to multiple local news outlets.  According to the company, there will be a special announcement made at the event.

According to Whitby This Week, Whitby Mayor Don Mitchell has told them that IKEA has asked him not to comment on the announcement before the news conference.

There has been plenty of local speculation on a possible Durham location for IKEA, not only in Whitby, but also in Oshawa.  Potential locations include the old RONA location on Victoria Street east of Brock Street, Oshawa Centre and the new Rio Can Windfields Farm project just south of Winchester Road at Simcoe Street.  Oshawa Centre doesn't appear to have enough vacant space to handle a typical IKEA store, though.

IKEA currently has 12 locations in Canada, and 4 in the GTA - North York, Vaughan, Etobicoke and Burlington.