Airbnb has rapidly established itself as a viable alternative to hotels for people seeking short-term rentals in many cities worldwide. It has also become a vehicle for many property owners to secure an excellent return on their real estate investments.

As with other emerging internet-based sharing services (like Uber), it also has downsides when it's not introduced and regulated with some degree of balance. It's not just Airbnb either - other sites like Vacation Rentals by Owner (vrbo) provide similar offerings.

When Problems Start to Show

Some listings are made by owners (or long-term renters) to rent their space to others when they are away from home. Others, however, are set up as exclusively short-term rentals where no-one normally lives there. These are the units that seem to have the most common issues with neighbours.

In Toronto, there have been many instances of condominium buildings where residents have found themselves constantly facing groups of short term renters hosting loud parties or disturbing neighbouring residents for items they may have forgot to bring with them. Some even litter the common areas with food and drink containers (or worse), forcing those to be cleaned up by other residents if they expect to enjoy them themselves.

Some condominium buildings have bylaws that prevent owners from offering short-term rentals, but not all. 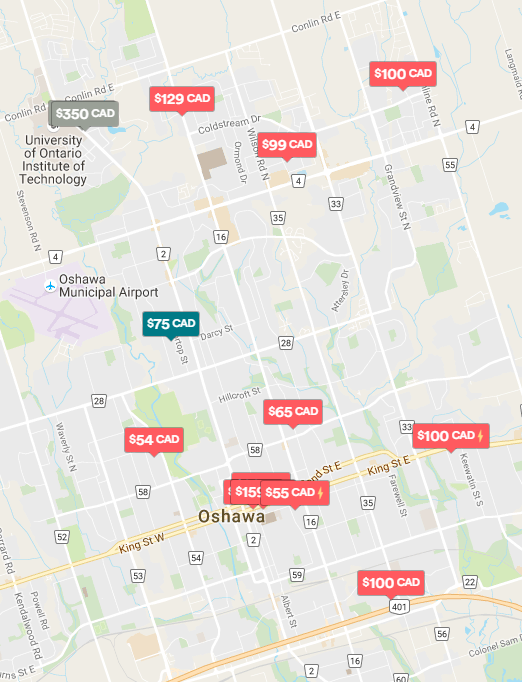 Some have even found themselves battling their own condo boards, where owners of units that host Airbnb rentals have either been elected to or are influencing condo boards in sufficient numbers to ensure that they can continue to provide short term rentals without interference from the boards that are set up to represent and protect the interests of the residents.

Not all rentals are confined to condo apartments, though. Many rentals are for rooms or parts of a home in residential areas. Those situations can bring on similar issues, but also can bring on additional strain on limited street parking or shared parking areas.

Given that the platform is used heavily by tourists, it has met with criticizm by the hotel industry, as the platform cuts into their customer base, but also may get away with offering services without being subject to local licensing and hospitality taxes.

Impact of Airbnb on Rental Housing

Another issue that is starting to get attention is the impact of Airbnb on rental housing supply and costs. A report published by the Canadian Centre for Policy Alternatives shows that a small number of Airbnb hosts in Toronto account for almost half of Toronto Airbnb revenues. It also shows that almost two thirds of listings in 2016 are for entire units rather than rooms. Given the daily rate for most units, it is far more profitable for owners to rent out short-term if they can keep the unit rented frequently. Unfortunately, having units made exclusively short-term reduces the supply of long-term rentals, which inevitably raises the rates.

What Some Municipalities Are Doing

Some municipalities have introduced regulations to help minimize the trend. New York City has a bylaw that prohibits owners from renting properties for less than 30 days.  Airbnb's base of San Francisco, Chicago and Santa Monica also have regulations. Overseas, Amsterdam and Berlin have strong regulations. Vancouver is currently working on a plan to regulate.

New York recently beefed up its laws on temporary rentals, targeting non-resident owners with fines of up to $7,500 for violators.

The Chicago plan is noteworthy, as it regulates, but also charges a 4% tax on rentals to support services for the homeless, as well as a $60 charge for each address listed and a $10,000 charge for Airbnb (or others) to operate in the city. It also restricts the number of units within a building and can restrict listings in neighbourhoods to primary residences where area residents petition the city.

Such a plan may be a good course of action both locally, and in Toronto, as it not only addresses the issue, but also creates a revenue stream for the municipalities.