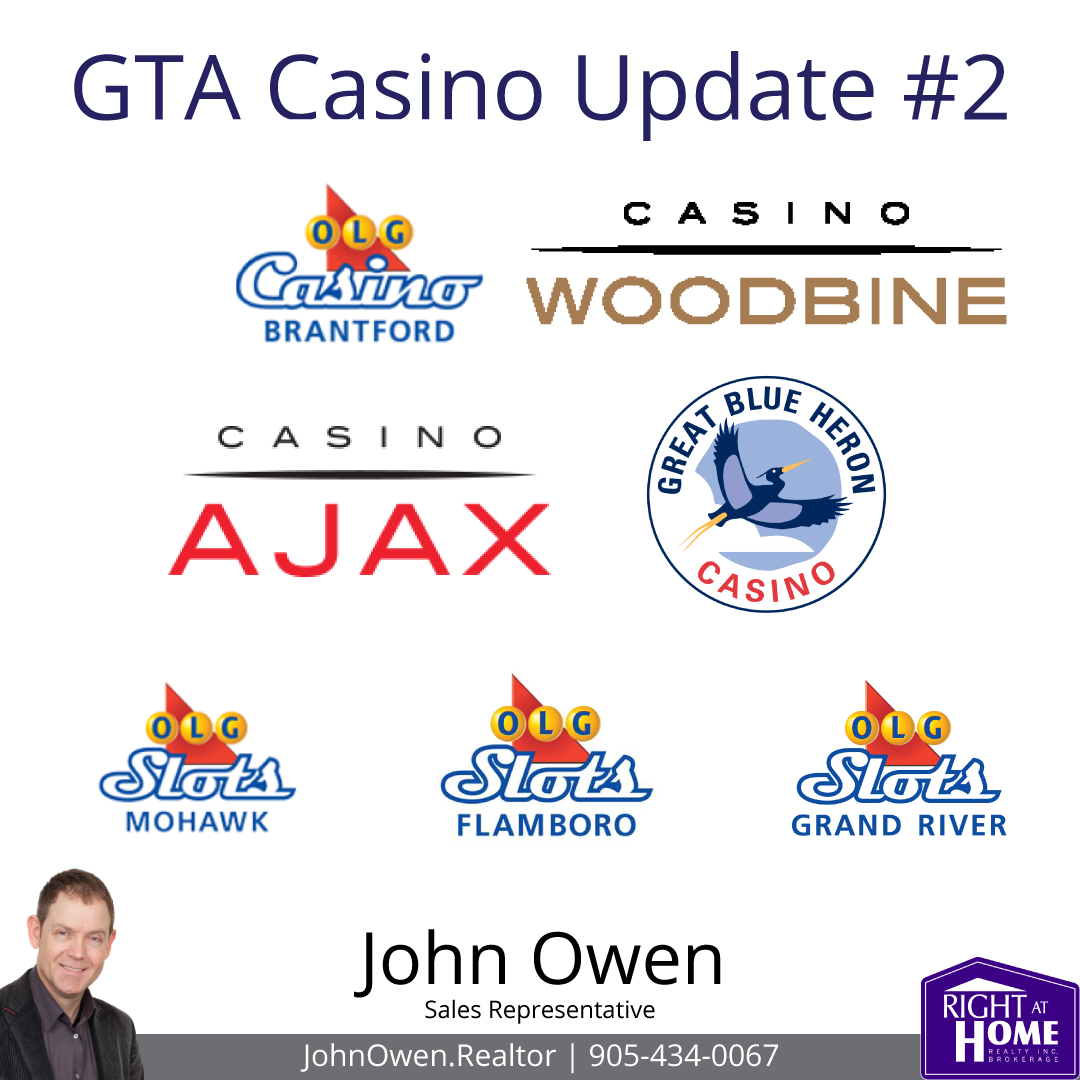 The Ontario Lottery and Gaming Corporation (OLG) announced the selection of a winner for the West GTA Gaming Bundle.

The West GTA bundle consists of the following sites:

As with the GTA Bundle, which includes Casino Woodbine, Casino Ajax and Great Blue Heron Casino, the West GTA Bundle has been awarded to Great Canadian Gaming (GCG) in partnership with Clairvest Group Inc. under the name Ontario Gaming West GTA Limited Partnership (OGWGLP). GCG will operate the sites as they will in other bundles, including in the GTA locations. In this partnership, GCG owns 55% and Clairvest 45%.

Specifics for the racing sites have not yet been determined. If Casino Ajax is used as a reference point, it is likely that the other racing sites will also become casinos with table games being offered in addition to slot machines. GCG says that there will be a significant capital investment at each site.

GCG indicated that there would be a "significant, top-to-bottom" renovation of the casino in Brantford.

Also, given the number of gaming sites that Great Canadian Gaming will now control in Ontario, the job opportunities for both new and existing employees will be substantial. When the scope of the GTA Gaming Bundle was released, it was clear that the number of new jobs would be in the thousands.

According to a release from GCG, they expect to create up to 1650 new jobs in gaming, entertainment and hospitality, once renovations and expansions are complete.

This new bundle will not offer as many opportunities, as these are all existing facilities, but they will provide new positions in traditional gaming, as well as even more career growth opportunities between sites for those working at other CGC locations.

Given that some locations within the network are unionized, details of how inter-site transfers for union members will work won't be clear until new contracts are forged with those unions.

With this announcement, CGC will operate the following locations in Ontario: