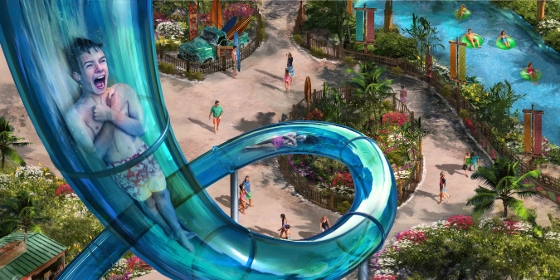 The new Foreign Buyer property tax that was introduced for the Greater Vancouver Area on August 2 has created a virtual end to foreign purchases there.

What is the Foreign Buyer Tax?

The 15% tax is levied on foreign nationals, corporations or taxable trustees, and is on top of the BC Property Transfer Tax (PTT), and applies to property in the Greater Vancouver Regional District.

Sales data released by the BC Ministry of Finance on September 22 show some astonishing numbers for the period Aug 2-31 vs June 10-Aug 1.  In Metro Vancouver, foreign buyer sales collapsed from 1,974 sales valued at $2.3 billion to just 60 sales worth $46.9 million - a drop of almost 97 per cent. It is notable that the number of days in the periods released by the govenment is not similar, likely as data collection only began on June 10.

Also, on July 29 (the Friday before the tax went into effect), sales spiked to over $850 million, as buyers rushed to complete transactions ahead of the deadline.

The government indicated that auditors have been directed to review deals completed after the deadline to look for ones that have been compiled to avoid the new tax.

What will happen next?

Moving forward, it will be interesting to see the effect of this situation on other areas - notably Victoria, BC and Toronto. BC introduced a new rule on June 10 that requires buyers to disclose if they are Canadian Citizens or permanent residents. It would be helpful if other areas began requiring a similar disclosure to enable similar tracking of foreign transactions. Without a common metric, it will be difficult to track and compare the GTA and other markets.

It will also be important to track the direction of the Vancouver market after the implementation of this tax, and if it has the desired effect of cooling the market over longer periods. If the surrounding markets (like Victoria) start to show a jump in activity and prices, the tax may need to be expanded in geographic area.

What about the GTA?

Ontario has yet to implement something similar, but if foreign buyers continue to invest in Canada, Toronto is one of the most logical locations that would be attractive to them.

If foreign investors begin to intensify buying in the Toronto area, we may see an even hotter market than we already have, as an already tight inventory opens up to a wider buyer market. The impact will be more bidding and even higher price increases - for a very short time.

There is already rampant speculation that the Ontario or federal government will need to step in to help cool the GTA market. If more foreign investment adds fuel to the fire, the government may be compelled to implement foreign buyer taxes here.

The impact could be similar to what is happening in Vancouver - a collapse of foreign buyer purchases, thereby reducing overall demand and a possible downturn in the GTA real estate market.

A downturn in the Toronto market will have a ripple effect into surrounding GTA communities. Higher prices in Toronto have resulted in higher prices that diminish as you get further away from the city. Lower prices will have the same effect. If property becomes cheaper in the city, the suburbs will drop as well.

TREB and OREA weigh in

Both the Toronto Real Estate Board and the Ontario Real Estate Association have written letters to Ontario Finance Minister Charles Sousa and Toronto Mayor John Tory warning of implementing a similar tax in Toronto.

The groups argue that adding the new tax without proper information would do little to address affordability issues in the area, and could cause property prices in the areas outside of Toronto (like Durham Region) to soar. It could also have negative consequences on the broader economy.

With so much at stake, it would be pragmatic to wait and see what pans out in Vancouver. It would also make sense to begin collecting definitive information on foreign entities that participate in real estate transactions, similar to what is now being done in BC.

Without making an effort to properly assess the situation, our government could be putting forth a solution to a problem that doesn't exist. Worse, they could cause irreparable harm to the GTA economy.