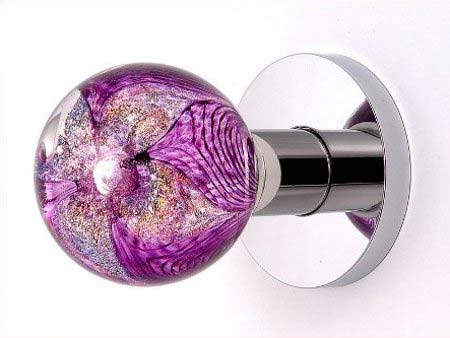 Since being invented in 1878 by American Osbourn Dorsey, the doorknob has been a mainstay in construction worldwide for well over over 150 years.  Prior to his invention, ornamental glass knobs were sometimes used in conjunction with latches since the early 1800s.  Now, it appears, the doorknob may well be on it's way to obsolecense.

In September, Vancouver council voted to amend it's city building code to require lever door handles in all new housing construction, effective next year.  Vancouver is the only city in Canada that has its own building code, though many municipalities across the country have bylaws that complement provincial and national codes.

Why ban the simple doorknob, you ask?  Well, they have been mostly obsolete in most public buildings for some time now.  Just look at any newly built public building.  Lever handles or automatic doors have been the norm in these buildings for the sake of accessibility.  Ask anyone with arthritis, and they will likely agree that doorknobs are far more difficult to manage than lever handles.  The same goes for water faucets.  Most are lever style in public washrooms.

The code only affects new construction in Vancouver, and there are no plans to make retrofits mandatory for existing homes.  Even those that buy a new home there can buy doorknobs to replace the levers after they move in.  There have been consultations in other places, including Ontario, for changes to the building code for entry systems, as other jurisdictions work toward more universal accessibility for all home construction going forward.  No changes have been proposed for the Ontario Building Code - yet.

Would the death of the doorknob be such a bad thing?  Some people might think so, but we've adapted to other changes.  The low-flush toilet is virtually all you would consider buying now, as are CFL and LED lighting.