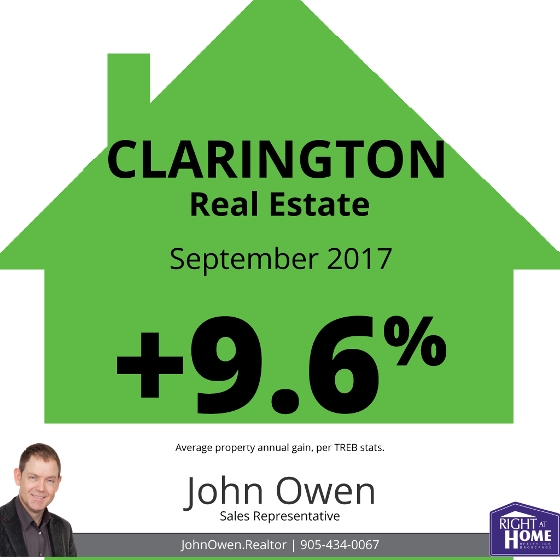 Clarington's real estate market has cooled off substantially since the hottest spring market in many years although prices jumped an average of 9.6% over September of last year.

This is great news for buyers, as they have an opportunity to get in at prices well off their peak. As well, with a much higher level of inventory to choose from, they won't be faced with competing with other buyers nearly as often as was the case earlier in the year.

Of course, that pendulum swing makes things more attractive for buyers that have been frustrated by the bidding madness, or that have been sitting on the sidelines waiting for things to calm down. The fall is looking very good for buyers now that inventories are building up and prices are stabilizing.

Active listings also increased - by 69%, which shows that inventory levels are recovering strongly. Compared to previous periods, this is good news for buyers with the supply starting to catch up to demand. 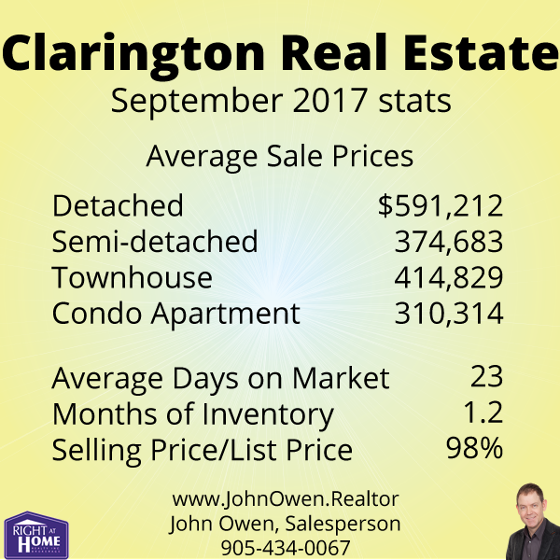 The MLS Home Price Index helps to normalize the statistics, by adjusting sales statistics to represent typical homes within MLS areas.  When using these numbers, Clarington showed a composite annual gain of 7.58%, compared to the TREB average of 12.22%.

Inventory levels are still somewhat low with 1.4 months of inventory on hand across the board.  This means that a current sales levels, all of the property would be bought up in the GTA in 1.4 months (if no new listings were added). In Durham there are 1.3 months inventory in the area.  In Clarington, the figure is 1.2 months inventory.

The average listing in Clarington spent 23 days on the market. The TREB average was 24 days.

The average listing sold for 98% of asking, demonstrating that demand is still strong, and an indication of multiple offers on many listings, though not as many as earlier this year.