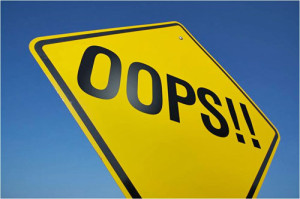 Can you imagine?  Driving down the street to your house, and not finding it when you arrive.  That is precisely what happened last weekend in Fort Worth, Texas when David Underwood and his wife arrived at their property and found only a concrete slab remaining of what was a 3 bedroom ranch bungalow. After some investigating, it turns out that the property next door was slated for demolition due to condemnation by the city.  They showed up on Friday at Underwood's property and proceeded to demolish the wrong home, including it's contents. Fortunately, the house was unoccupied at the time.  The home had belonged to Underwood's grandmother, and he had planned to renovate and eventually move into the home. The City of Fort Worth's Code Compliance Office issued the following statement: