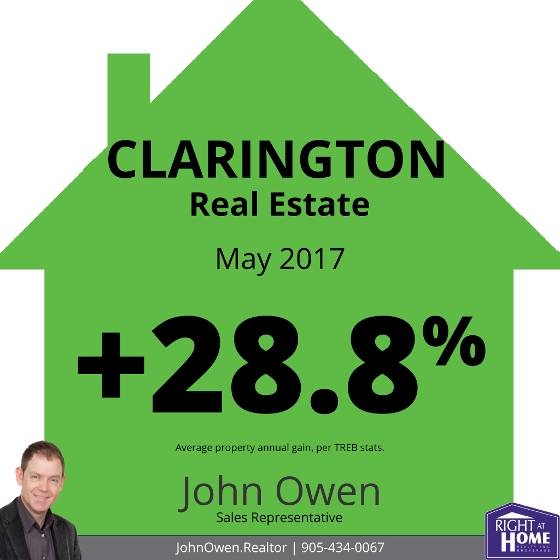 As changes in inventory have had a cooling impact on much of the GTA market, Clarington real estate once again stood out with an average residential price gain of 28.8% over May of last year.

This is very good, but the average price in Clarington last month was 638,252. The recent spike in inventory appears to be helping in reducing the impact of bidding wars.

Active listings also increased - by 42.9%, which shows that inventory levels are recovering strongly. Compared to previous periods, this is good news for buyers with the supply starting to catch up to demand. 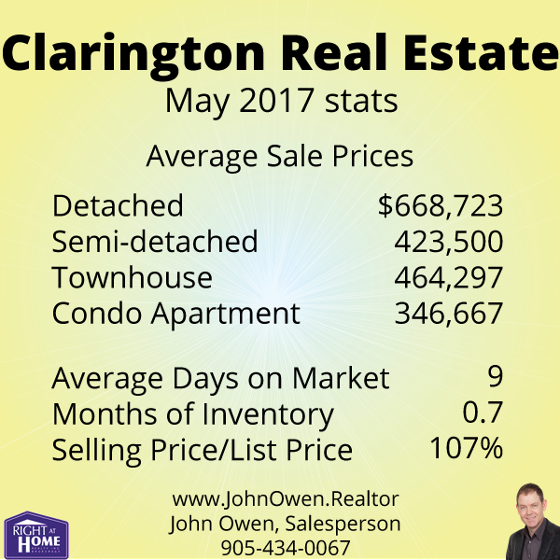 The MLS Home Price Index helps to normalize the statistics, by adjusting sales statistics to represent typical homes within MLS areas.  When using these numbers, Clarington showed a composite annual gain of 32.9%, compared to the TREB average of 29%.

Inventory levels continue at very low levels with 1.1 months of inventory on hand across the board.  This means that a current sales levels, all of the property would be bought up in the GTA in 1.1 months (if no new listings were added).    Many areas within the GTA have similar figures, but unsurprisingly to those who read my reports, Durham Region still has the lowest inventory in the entire area.  Overall, there is only 0.7 months inventory in the area.  In Clarington, there is just 0.7 months inventory. Many home prices and types are experiencing bidding wars.

The average listing in Clarington spent 9 days on the market. The TREB average was 11 days.

The average listing sold for 107% of asking, again demonstrating that demand is very strong, and a clear indication of multiple offers on many listings, though not as many as last month, when this figure was at 112%.