I get asked about the value of real estate in areas to the north and east of Durham Region on a regular basis. Yes, the Durham market has been very strong in recent years, but how do adjacent districts compare, and which area will do well heading into the future?

Statistics are from the Canadian Real Estate Association.

First, here is a map of the district boundaries: 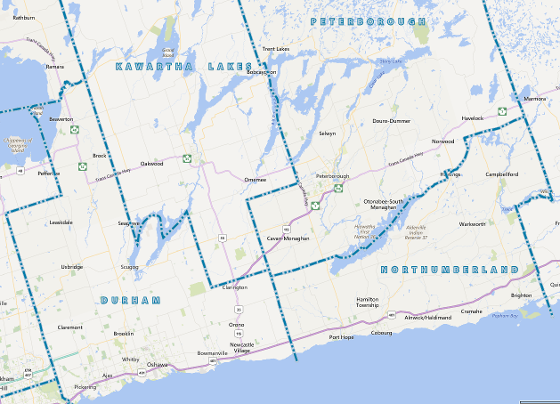 Next, let's take a look at average price charts for each district with monthly stats since 2007.  I will use figures from April of each year for comparison purposes.  On each chart, that is the fourth bar to the right of the hash mark above January on the legend. 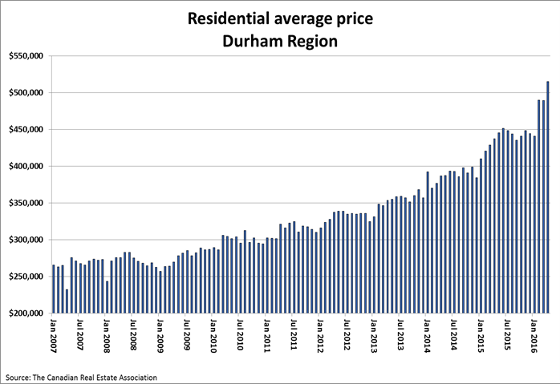 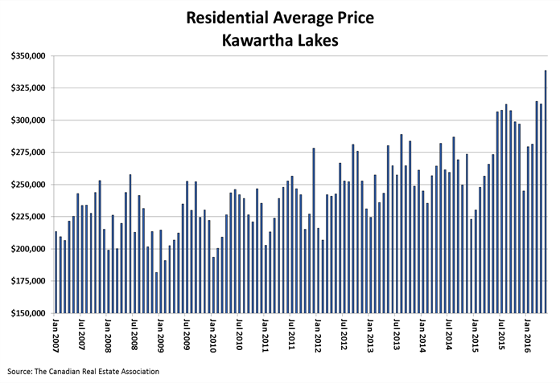 Peterborough and the Kawarthas 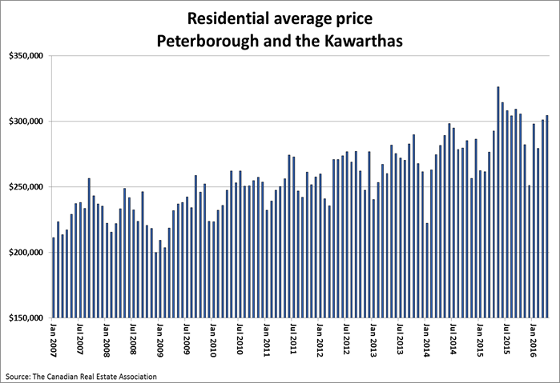 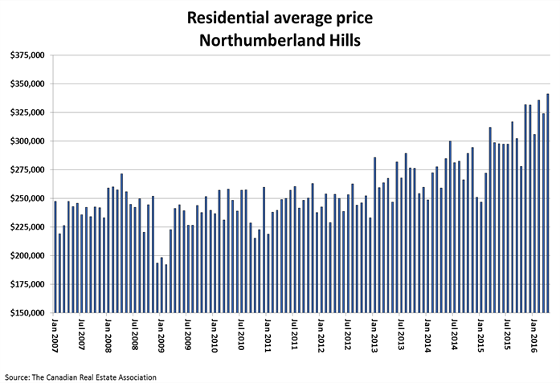 Looking at the charts, we can see that all areas showed increases, but the rate of increase is what sets things apart. Note that in April 2007, the areas all had similar average prices, with Northumberland having the highest average price.

Why the big difference?

What makes Durham Region's results so much different? There are a number of major factors that contribute to the market demand here versus the outlying areas:

What about the future?

These will all help increase commuting and traffic capacity both to Durham Region and also to outlying areas.
This project will help increase demand for housing with an average of 8,000+ jobs annually until 2026.
This element is going to affect housing universally.  If the economy tanks, housing prices will follow suit.
A major increase in interest rates will have an impact on housing affordability and demand.  Reduced demand would drive prices lower.
More changes like we have seen in the past relating to minimum down payments may influence local demand. Interestingly, it may actually spur demand in areas with lower average prices, as people looking to buy may be forced to look in areas where they can buy with the updated rules.
As you can see, there are many compelling reasons to show that the real estate market will continue to show strength in Durham Region.  The strength of Durham's market may also have a spillover effect into the surrounding areas, as price differences drive demand in areas to the near north and east of Durham.

Comments:
Donna Bowie on Apr 23, 2017 6:36 PM posted:
Great article where do u see prices in Lindsay this year 2017? I have heard that they are on the rise ie a 2 bedroon 2 bathroom single family home is now around 400,000 where last fall they where 313,000.
John Owen on Apr 24, 2017 12:08 PM posted:
Hi Donna - prices are indeed on the rise in Lindsay. In March, the average home price was about 390,000. You may find that your example home is even more expensive as the spring market pans out. Expect the ripple effect to continue to impact prices in Kawartha Lakes. March prices in Oshawa, for example, rose 50.2% over 2016! As prices rise to the south, prices there will follow, albeit at a lower rate.